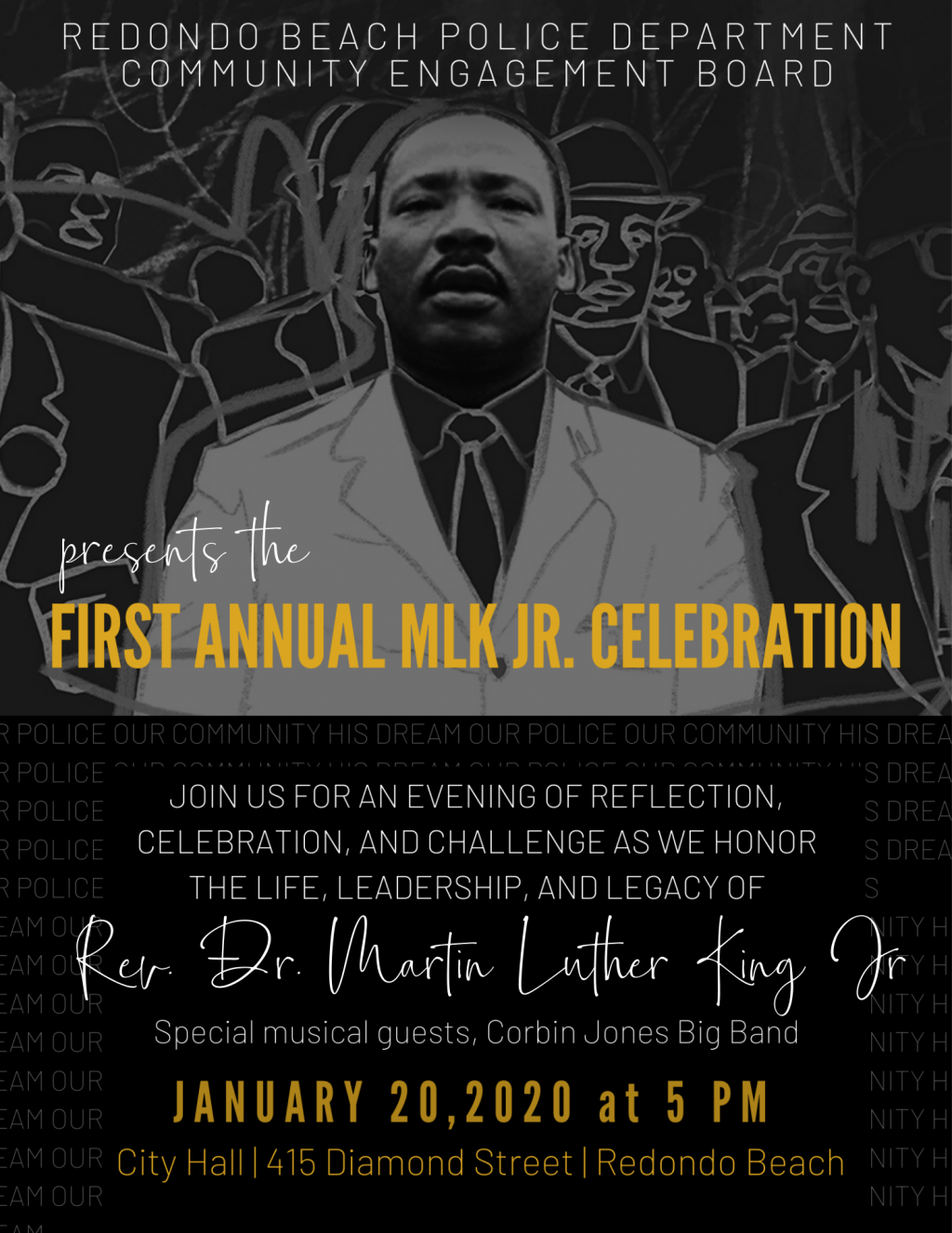 January 20, 2020, will be the first Redondo Beach MLK Celebration and historic unveiling.

REDONDO BEACH, CA, The Redondo Beach Police Community Board, lead by Captain Jon Naylor, is producing the first Redondo Beach celebration of Dr. Martin Luther King, Jr. The event will take place at 5:00 pm on Monday, January 20, 2020, in the Civic Center Plaza. There will be an unveiling of a permanent memorial in front of the police department during the event. Following a tradition of RBPD, there will have police patches available for purchase with imagery representing Dr. King’s legacy.

In conjunction with this new annual event, there is also a new scholarship formed to be awarded to a Redondo Union High School student that exemplifies scholarship, civic engagement, and equality. There will be two separate $500 scholarships awarded at the RUHS event that takes place annually for the graduating seniors.

It gives me great pleasure to be a part of this event. It is thrilling to see it happen. Our community is better for it. ~Mayor Bill Brand

The Redondo Beach Police Community Board was formed with efforts like this in mind. It embodies the mission of the department. It is an inclusive and diverse body that represents the many voices in the community and driven by the desire to exhibit to the city residents that this department is here to protect and serve all residents. This board has commissioned efforts that support the autistic community, domestic violence, and breast cancer communities. You can be assured that there will be more firsts under Naylor’s leadership.

If you would like more information about this topic, please contact Tonya McKenzie at (510) 589-3764 or email at tmckenzie@sandandshores.com.