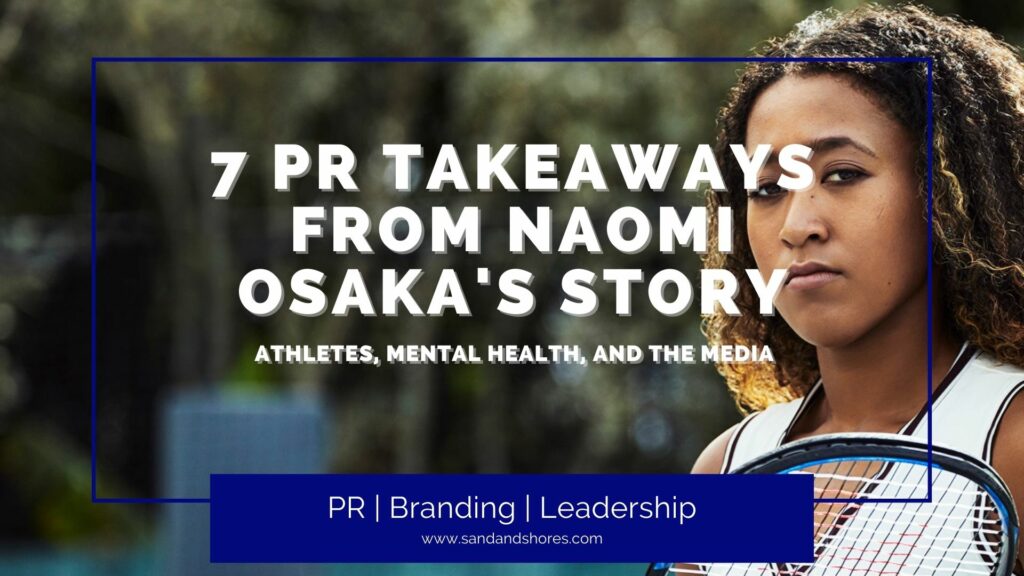 Athletes, Mental Health, and the Media

Unless you have been under a rock, you know that Naomi Osaka dropped out of the French Open and Wimbledon due to mental health issues. I would have never thought that were would have been so much negative commentary about this. The drama started when she refused to do a post-match press conference and was penalized and scolded. One of the world’s youngest, richest and well-loved athletes revealed that she was struggling with mental health. This young lady in the spotlight rendered herself vulnerable by revealing her personal struggle with depression and did the selfless thing by taking herself out of the tournament, stating that she didn’t want to take the focus off of the tournament.

Instead of being supportive, uplifting, or even neutral, the media and many in the spotlight decided to try to shame Naomi. Instead of offering comfort, humanity, or showing grace, people like Piers Morgan  and Candice Owens decided to try to humiliate, mock, and bully her.

It is not lost on anybody that Ms. Osaka is Japanese and Haitian, looks black, and has shown support for the Black Lives Matter movement. Black athletes are often on the receiving end of insults and useless criticism when they have injuries, personal issues, or athletic struggles, never even attempting to understand the entirety of the problem. A large portion of our population seems to find it hard to believe that somebody that has achieved such greatness can suffer from depression. HIGH-FUNCTIONING DEPRESSION is a thing and unless you have actually taken the time to do the research, you would not know it to be true. For Pierce, Candace, and many more just like them, this type of behavior and reckless speak is on-brand. It plays well to their target audience of deniers and crude agitators.

As public relations and communications professionals, it is important that we take situations like this, learn from them and take what we have discovered to share, educate, and act on our client’s best behalf. There are 7 key take-aways for this particular situation that we can use in our practices and we can thank Naomi Osaka for the teachable moment.

As a sports mom, former athlete, and coach of young people, I can tell you that 100% of those that become elite athletes do so for the love of the game, not for the love of the press. To be an elite athlete, you have to make sacrifices and put your entire mind, body, and spirit on the line. I don’t know any young person that started the journey with anything other than being better than the day before on their mind.  Every summer, every camp, every opportunity, through training and practice, they give it their all to be the best at what they do. From youth sports through those teen years, while most young people are partying, enjoying freedom, these kids are giving up all of those things that the majority of us take for granted. Once you make it to the pros, to even be in the position of competing on the highest level, you have to agree to do things outside of your sport. You have to agree to do things that you might be uncomfortable doing. The detest of the press, fear of the press, or even anxiety with the press is a byproduct of the forced interactions, insulting comments, unfamiliar faces, and sometimes unresolved mental issues. Like any relationship, the interactions between athletes and press/journalists can be improved. It’s in the best interest of all parties to take a step back and see how they can do better.